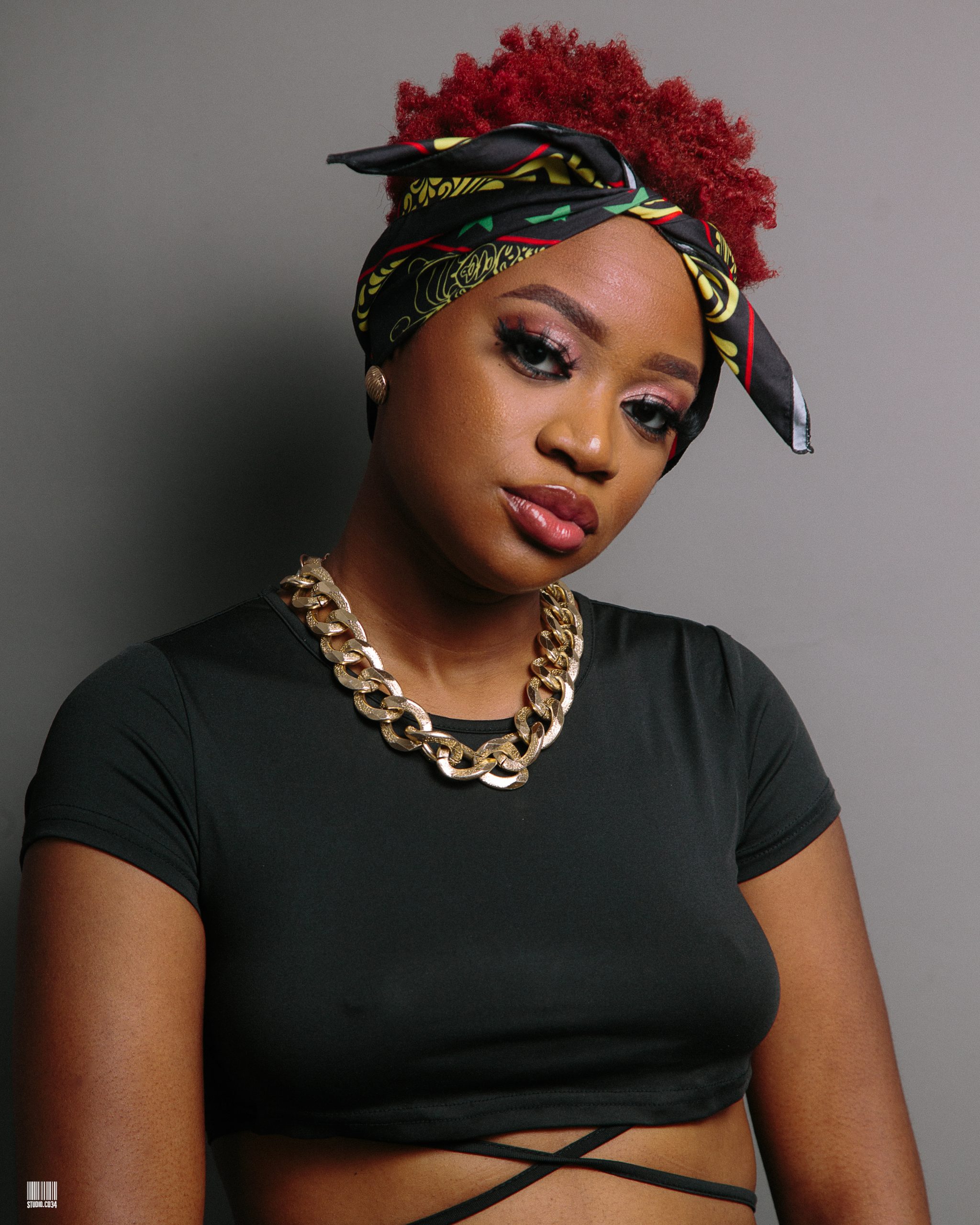 GHANAIAN SINGER NYA, IS HERE TO TAKE YOU ON A JOURNEY THROUGH DIFFERENT EMOTIONS, WITH HER DEBUT PROJECT.

After dropping her debut single “Choke” in November 2021, Ghanaian singer NYA is showing no sign of slowing down. Born and raised in Toronto, Canada to Ghanaian parents, NYA who goes by the government name Nana Ama Antwiwaa Nsafoah is continuing to perfect ways to connect to the very core of her listeners emotions. In her attempt to do that, she has released a 4 track E.P titled “Euphoria Vol. 1.”

Our correspondent Ato Kilson, caught up with her in Accra, Ghana to discuss her new project and the events that have led up to now.

I’m excited. Good to be at this point in my career.

Your project is called Euphoria Vol 1, why so?
For me, the word “Euphoria” is a representation of the highest level of ecstasy and psychedelic feels. So, it’s a way of getting in tune with different emotions that travel through you. It can be a sad feeling, it can be happy, and the feelings eventually come together as one in the balance. It’s a force that allows you to share and release multiple forms of energy. The is what the project embodies so it’s the best way to describe it.

Is it Vol 1 because you recorded a lot of music that couldn’t fit into this offering or you have plans of recording a follow up to this in the future?
Not necessarily, I am someone who likes to leave people in anticipation. It’s fun for me. I also figured it would be special to have a project that is divided. I feel like it will give listeners the ability to hear a different story about me with a unique emotion each time. This is relative to the definition of Euphoria for me. The third volume I plan to release titled, “Euphoria, Vol III: Noir Tales” commits to this flow. It touches on the darker side of my life experiences; it carries a totally different feel compared to the other volumes and it will place you into a deeper zone.

You happen to work with Kuvie who’s one of the great producers in Ghana and Africa at large, what effect does that have on your sound?
Kuvie’s productions make quite an impact. His style is very versatile because of his eclectic fusions. He can form multiple elements of sound with African traditional and contemporary genres. It contributes to the vibrant nature of my sound. It also places my sound into a new light and gives it its diversity.

How would you describe your sound?
My background of R&B and Neo soul music influences my sound, and it makes a connection to African rhythms that I have also absorbed. These sounds essentially form together as a genre of Afro Fusion and Afro R&B. However, I don’t really like to place my music in a category. I just love to create good music. Good music defines itself. That’s what is important to me.

Let’s take it back a bit, at what point did you know you could sing and make your own music? Who were some of your influences?
I became fully aware of my singing capabilities the day I sang an R Kelly record to my sister-in-law. The song is titled “If I could turn back the hands of time”. My sister-in-law put me on the spot to sing from my heart and she responded with great praise advising me to take music seriously and the next level. That’s when I just started pushing. My whole family is musically inclined. They are heavy music lovers. I have taken different sounds from my brother, sister and parents who all have an extensive library of music. I also have many star influencers that have inspired music journey such as: Brandy, Aaliyah, Toni Braxton, Mary J. Blige, Michael Jackson, Kojo Antwi, Wizkid and several others.

What was the whole process of putting this project together like?
I went through stages of my past to put this project together. Three of the songs on this volume are two to four years old. I was able to see what was relevant in my past to show my growth and maturity for the present. This is what my fellow Akans would refer to as “Sankofa” which means taking from your past to know your future. This why Euphoria is so special to me as it is leading up to a new transition for my sound and my journey.

If someone presses play on this project, what impression do you expect it to leave?
I want people to be able to connect to the raw and organic form of this project. This is knowing that it highlights relative situations that women and men face on a regular basis. The good, the bad and the ugly. I am human and I am going through trials and tribulations just like anyone that would listen to me or watch me. I just want people to feel the truth from my art.

There’s a lot of conversation surrounding female inclusion and representation in the music industry, especially here in Africa, what do you make of that?
You would think by this time, many women would be knocking down the doors of this industry to take control. However, women in the music industry are still facing many obstacles. Women are still very restricted. I just find it hard to process it sometimes. It’s hard to understand why many in the industry would rather exploit females that have great talent and who are literally gems for the musical movement. They are too focused on self pleasure. It’s quite sad. The good thing though is that this generation is changing. Women are becoming bolder and more vigilant. They are coming to understand how they can shift the game. So, there is bright feature ahead. I know that more women will be making an impact in this industry.

Are you excited about Afrobeats and Music from Africa’s global recognition now?
I am super excited! I am so proud of my continent’s exposure and how much noise we have made. Many assumed we were quiet, but they were just unaware of the shift that was taking place. It started with the little things and now it has escalated to something large. You have several people around the world running to hear this new impeccable sound. Funny enough, it’s not new but just elements of our roots that we have evolved with. That’s the amazing thing for me. I’m really looking forward to seeing where else it takes us. Afrobeat is the future.

What are your aspirations, where are you trying to take this?

I am focused on reaching out to people that just want someone to hear them. I want to reach those who need to heal. I want my music to be their therapy. Hearing from someone that my words touched them is the best feeling for me. It’s really what fulfils me, and it makes me love what I do. I want to be a voice for the masses as a positive figure. God’s blessing is all I need to move forward and gain enough knowledge to share with the generations to come. Most importantly, I want to be a strong contributor to the development of our youth, especially for the young women that need powerful female representation. My mission is to build a strong foundation for them all.

Do you have any final words.

Live and love life. Laugh. No stress. We are blessed!

Thank you for making time to talk to us.

All images provided by artiste, and shot by @studio_cd34