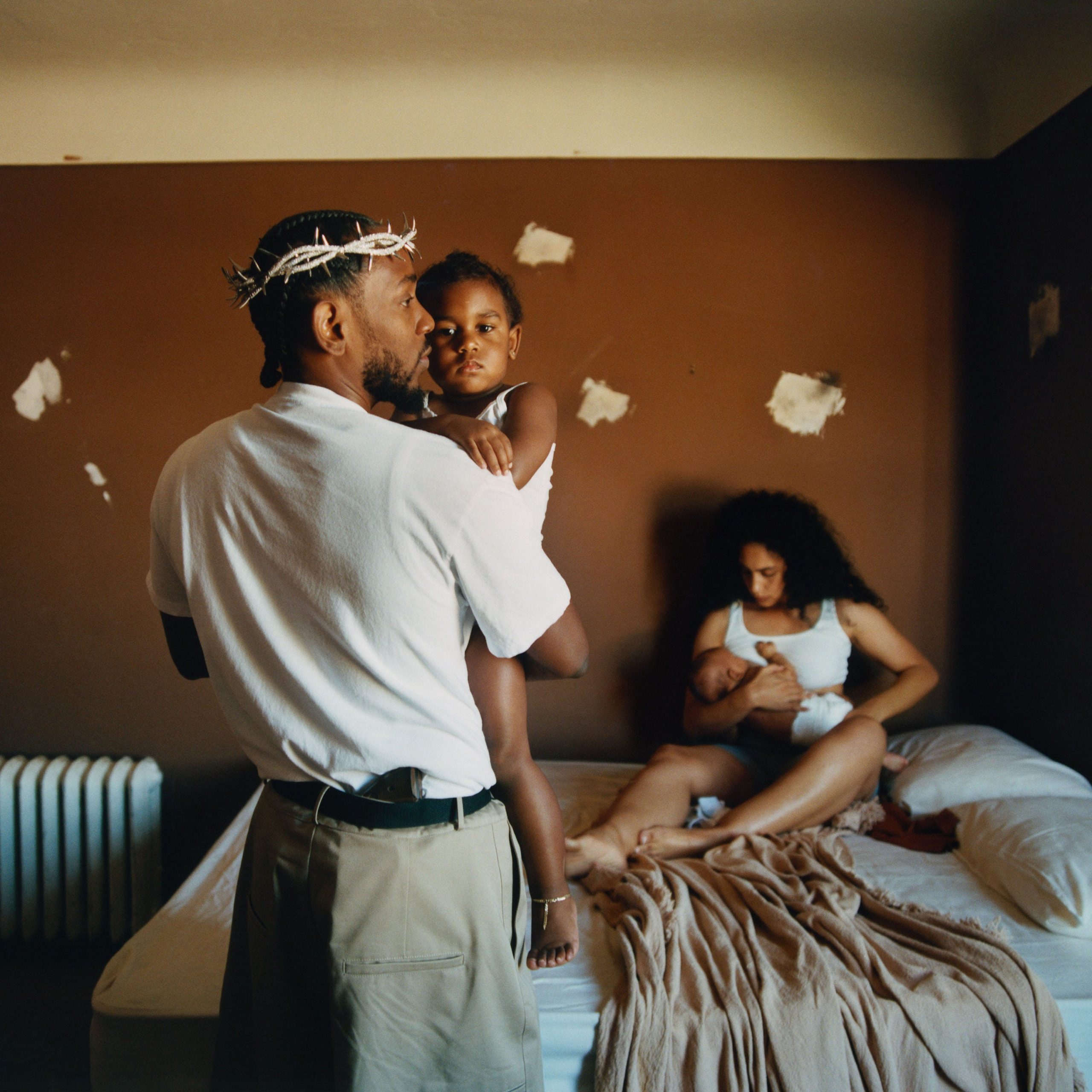 When Kendrick Lamar popped up on two tracks from Baby Keem’s The Melodic Blue (“range brothers” and “family ties”), it felt like one of hip-hop’s prophets had descended a mountain to deliver scripture. His verses were stellar, to be sure, but it also just felt like way too much time had passed since we’d heard his voice. He’d helmed 2018’s Black Panther compilation/soundtrack, but his last proper release was 2017’s DAMN. That kind of scarcity in hip-hop can only serve to deify an artist as beloved as Lamar. But if the Compton MC is broadcasting anything across his fifth proper album Mr Morale & The Big Steppers, it’s that he’s only human.

The project is split into two parts, each comprising nine songs, all of which serve to illuminate Lamar’s continually evolving world view. Central to Lamar’s thesis is accountability. The MC has painstakingly itemised his shortcomings, assessing his relationships with money (“United in Grief”), white women (“Worldwide Steppers”), his father (“Father Time”), the limits of his loyalty (“Rich Spirit”), love in the context of heteronormative relationships (“We Cry Together”, “Purple Hearts”), motivation (“Count Me Out”), responsibility (“Crown”), gender (“Auntie Diaries”) and generational trauma (“Mother I Sober”). It’s a dense and heavy listen. But just as sure as Kendrick Lamar is human like the rest of us, he’s also a Pulitzer Prize winner, one of the most thoughtful MCs alive and someone whose honesty across Mr. Morale & The Big Steppers could help us understand why any of us are the way we are.