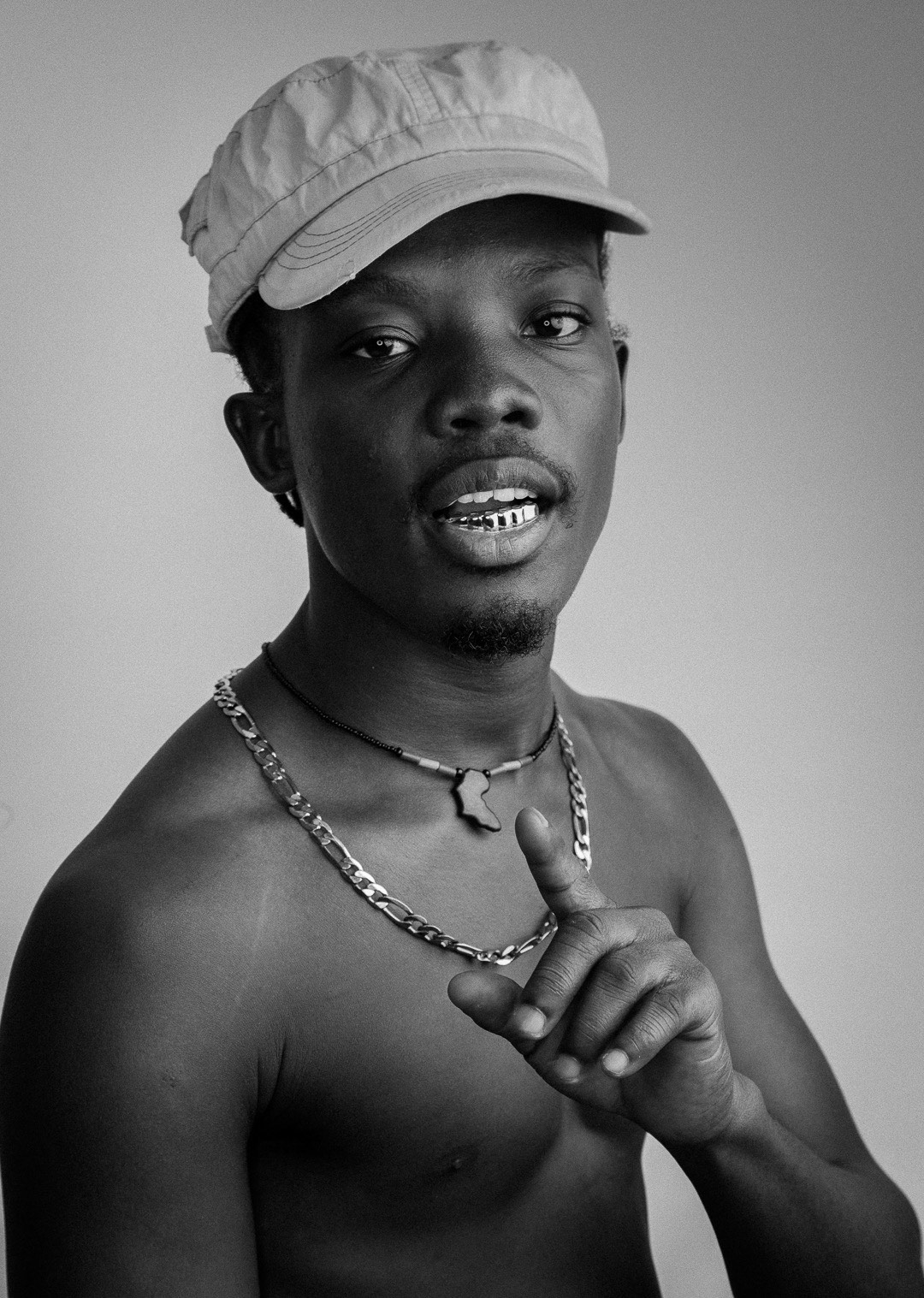 If you have your ears to the Ghanaian music scene, you might have heard this name a lot during the last year; Marince Omario. One might think, “oh, another person just joined the group chat,” but no. If there’s a symbol of hard work and resilience, it would be this young Ghanaian rapper.

Marince Omario has been able to build a cult following for himself and his crew, “Asquad,” which he formed in 2014, through his creative style of music called “fu” that involves a lot of genres bending and fusion. He’s gone from performing on just any stage he could get on at Ghana’s annual Chalewote Festival, to being on all the major shows held last year, and even holding his first sold out event, “Gbonyo Party.”

Rightly so, the Ghanaian rapper has followed up his recent success with a project dubbed, “Ju Leebi.”

Our correspondent Ato Kilson caught up with him in Accra, Ghana to discuss the new project and the journey thus far.

I can’t help but notice your use of the word “shlime” a lot, what does it represent?

“Shlime” represents serpent, my spirit animal. The word is also a universal code I communicate with.

You make use of the GA language a lot, is it your way of sounding different or you’re trying to pay homage to where you come from on every song?

No language makes me sound different; I use Ga basically because I’m Ga. I sing in other languages and still sound different. Yes, I do to pay homage to the place I’m from as well but there’s a lot to it.

Okay. There’s been very good Ga rappers like Tinny and Gasmilla, who were very much on top of their game at their peak. Have they influenced your craft in anyway?

Yes, they influenced me, especially Tinny. I heard a lot of his music during my childhood.

You were on certain notable stages getting to the end of 2021, and even got a Manifest co-sign, do you think you’re finally getting the recognition you deserve?

Yes, I’m getting the recognition through the shows and co-signs which I appreciate a lot because honestly, I need that to make my impact.

Let’s talk about “Ju Leebi,” your latest project, why such a name?

“Ju Leebi” is Ga for “Monday morning,” I chose it because it marks the beginning of life and our hustle as a people. If there are any issues to address, it is best wo do that from scratch, without which we can never solve or even reduce our problems.

That’s a very interesting perspective. Sonically, what were you trying to achieve?

My Photography Style Is Simple, Elegant And Artistic – (Sunmisola Olorunnishola)

Ju Leebi comes together sonically to give a sense of renewal and timelessness. Each beat was chosen so that it could express the emotions I was sharing through my lyrics. The melodies were also crafted to give a sense of longing. Sometimes the longing is for the things past like on “Junior,” while other times it’s for a future not yet seen like on “Character.” Ultimately, I created Ju Leebi so that you could easily enjoy it every Monday morning for the rest of your life.

It is not just you on each song on the project, you feature quite several people; is that your way of bringing your people along with you on this journey?

Yeah, I featured a couple of acts but putting them on wasn’t the main motive. Each and everyone had something to say about the happenings and I felt it’ll be more effective if I have them share their story and thoughts too.

You obviously have a unique sound, where are you trying to go with it?

I’m staying  in and changing Africa with the sound.

Is there anything you’d like to leave us with?

We only live once and it’s only right we live it well.

All images were provided by the artiste, shot by @oga_tuzee