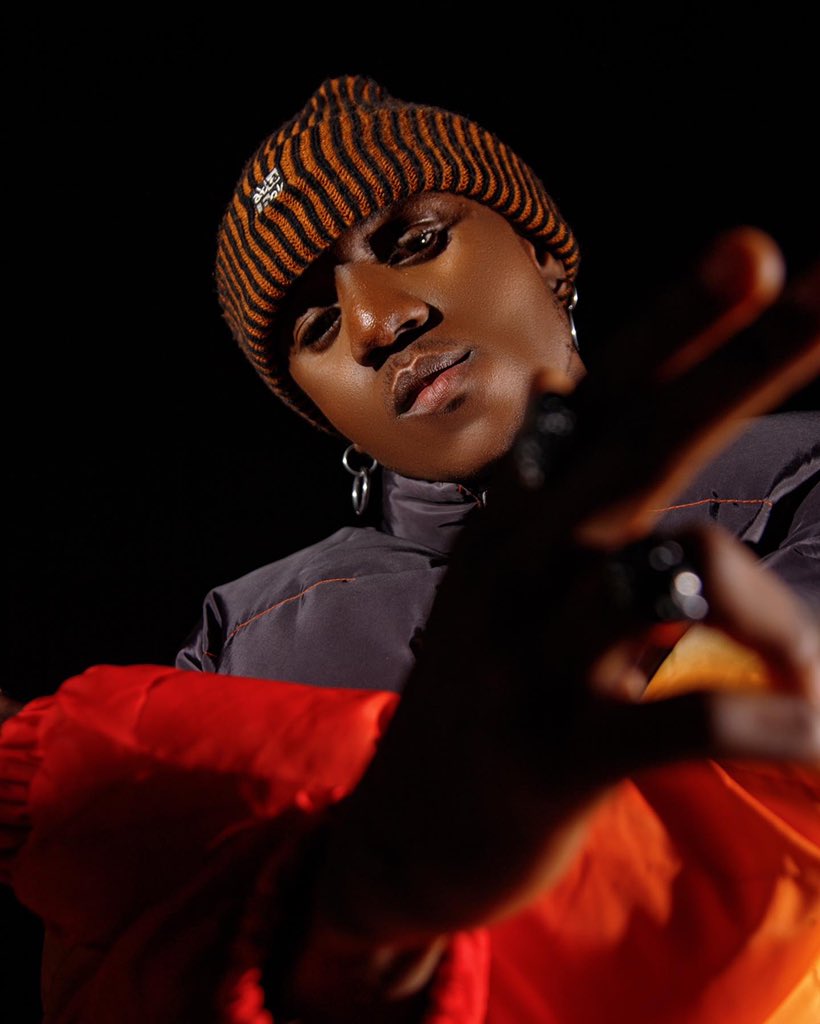 Victony earlier this year sent the TL on Twitter into a meltdown, when he replied an OmahLay tweet talking about how he [OmahLay] is a good songwriter with ‘LOL.’ Little did we know that this man was going to later buttress the point he was making with such a short three letter word response.

Victony at midnight on Friday May 6th, 2022, dropped his much anticipated ‘Outlaw’ EP, after his amazing feature run during the last few months.

Track 1, which bares the same title as the EP, ‘Outlaw,’ sees him sum up all that he’s been through as of recent. The highs and lows, reiterating, one can’t come this far and give up. If there’s one thing we can expect of him, he’s going to be here for a long run.

Track 2 takes a surprising different turn. This is by far my favorite in the project, which I’m sure is the case for others as well. I’m seeing rumors of a Burna Boy guest verse, which I hope we get to hear soon. On ‘Chop & Slide,’ Victony paints a vivid picture of what some would describe as a toxic relationship by using the perfect oxymoron; ‘she no want ANYTHING, she just want chop and slide, me I want EVERYTHING, and I want f*ck her right.’ His love interest doesn’t have any personal and romantic interest in him, all she’s interested in is the ‘pipe’ he’s good at giving. Someone my ask, ‘VICTONY ARE YOU CRAZY!?’ But trust me, it can get boring at times when it’s all sex and no vibes.

On the P.PRIIME produced track 3, we see Victony’s pen at work again. While some draw a relation between ‘not looking’ and Medusa, he decides to use ‘apollo.’

Track 4, ‘All Power.’ All power indeed belongs to the bum bum. All ass wielders and lovers would happily assemble on this track. I can see the former going crazy with this song on Tiktok, while the latter happily watch.

Now whoever ‘Jolene’ is, we need to have a talk. Why do you have to do man like that? This is a perfect song for all the ladies who want to put men on a long thing, it seems we’ll have to start calling the police on you.

On track 6, we get a sense of how things are beginning to simmer down. ‘Soweto’ is a chill song you can see yourself listening to on that late night ride with the windows down or sitting by the beach enjoying some coconut. Big Vibe!

A GUIDE TO SKYDIVING IN DUBAI BY SOLA FAGBEMI

When putting a project together, one of the biggest hurdles is finding the right way to marry your intro and outro. On the intro, we saw how Victony recounted the journey so far, but on the outro, ‘Kolomental,’ he’s looking into the future. Asking for blessings and protection for what is ahead in this race called life.

Looking at the buzz surrounding the release of his sophomore EP, I must confess, I has lived up to and exceeded expectations. This is a perfect Launchpad to a debut album soon.

Check out the ‘Outlaw’ EP now!